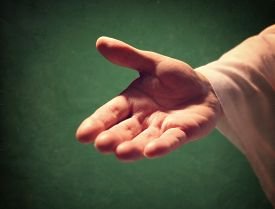 One Summer night in 1967 I arrested Edward Renteria to revoke his parole and send him back to prison. Joe Alvarado, my karate instructor, was riding with me. When we got to the elevator which would take us to the jail on the 3rd floor, Edward stopped. “Mr Lopez, I would feel much better, if before I went to the joint you would take these handcuffs off me and fight me.” Win or lose, the fact that he took on a cop would give him some status in the pen. Any other cop would have ignored him. But I wasn’t any other cop. I was young and brash, and not one to turn down a challenge. I had no intention of losing. I took the cuffs off him, and handed my hat to Joe, and my pistol to Officer James Belvin, who had joined us on the elevator. It turned out he could box. Rather than beginning from the safety of a jab, I swung first, with a telegraphed full power right cross. You can see it coming from a mile away. Oh well! He bobbed, I missed, and he didn’t, and we had a heck of a brawl in that little elevator. We were both a fit 22 years old, and per the arrest record, he weighed 147 pounds as I did. We were evenly matched, as if it had been set up, and I wasn’t making any more mistakes. Joe Alvarado and James Belvin were pressed up against the wall to give us room. We got up to the 3rd floor and the doors opened. James pressed the button to take us back to the 1st floor. On the first floor he pressed the button taking us back to the 3rd, and then back down, and up again, as the fight went on. We were smoking! The last time, when the door opened, one of several officers who had heard the ruckus was waiting for the door to open. When it did, he took a swing at Edward, catching him in the ribs. “Why did you do that?” I hollered. Up to that moment we had been pretty even. Now Eddie would go to the joint, where everybody would know about the fight via the underground penitentiary intelligence system, which is second to none, where the story would be that he would have whipped me had it not been for another cop jumping in for me. With that in mind, I warned Edward, “You will be out in two years. I’ll be waiting to finish this fight.” So for two years Eddie must have agonized, knowing that I would be waiting for him. What awaited him was a lose, lose, situation. Two years later, I was a Brown Belt, and a good one, very much improved as a fighter, with my own school already. There was a knock at the door of my South Austin home. It was Edward Renteria, the ex-con I had sent to the pen at my door, which I had answered unarmed! The word anger does not suffice! Angrily I pushed my way out the door toward him. “Mr Lopez, please! I don’t want no trouble!” And then, “My 15 year old brother. I don’t want him to turn out like me! Please take him as a student! And my 15 year old nephew. Please Mr Lopez! I don’t want them to be criminals like me!” That touched me, and I reluctantly agreed. Then came the clincher. “Mr Lopez, would you take me as a student? Please Mr Lopez. I got nothing going for me!” I was faced with a dilemma. The Apostle Paul tells us in Galatians 4:9: “But now, after that ye…are known of God, how turn ye again to the weak and beggarly elements, whereunto ye desire again to be in bondage?” What bondage? Revenge. I had been waiting for Eddie, but he had come to me. Although foolhardy, it took some guts. (Thereafter my .45 auto would within reach when I answered my door.) Eddie Renteria and those boys became my students. I never sparred Eddie, nor would I let any of my fighters abuse him. He came to every class, and he doted on my friendship, and I became his protector. But in 1974, I left the force and we moved to San Antonio. I turned my Austin dojo over to one of my Brown Belts. I was no longer there for Eddie Renteria, and one day after class, Eddie Renteria went home and hanged himself. Oh that grieved me! I had been his protector against those who would draw him back into crime, as well as other cops who might seek to harass him. But of greater importance, I had been his friend, and in what had been a violent life since childhood, probably his only friend. And now, I had moved on, and Eddie was alone. I wish I had understood fully how much he depended on me. I hurt deeply for Eddie to this day.  One day I shall leave this existence, and after greeting family and loved ones. I will go looking for Eddie Renteria. In deep humility I will stand with my Savior before a tender and loving Heavenly Father and testify that Eddie Renteria was my dear friend. How I came to love him! In my Latter Day Saint doctrine we read that, “I the Lord will forgive whom I will forgive, but of you it is required to forgive all men. And ye ought to say in your hearts, let God judge between me and thee, and reward thee according to thy deeds.” Ought we not be inclined to forgiveness? It is good doctrine.
“O man, forgive thy mortal foe, Nor ever strike him blow for blow; For all the souls on earth that live To be forgiven must forgive. Forgive him seventy times and seven: For all the blessed souls in Heaven Are both forgivers and forgiven.” (Alfred Lord Tennyson)