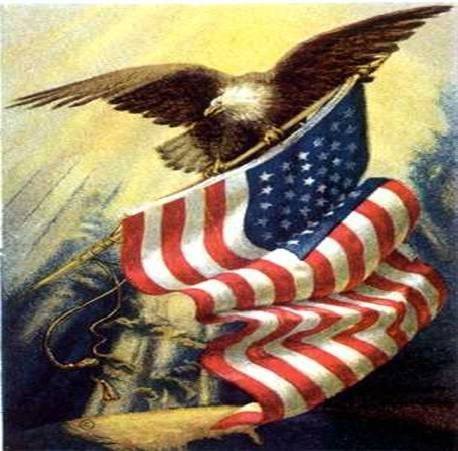 I revere the Constitution of these United States. I pay homage to the Founding Fathers of this great nation. With eyes wide open I recognize this country as the greatest nation upon the face of the earth.The great God of Heaven has willed it so, and will allow it to be free as long as we worship the God of this land, who is Jesus Christ.

I declare that the majority of the citizens of this nation are blind to what they have, nor shall they fully understand until the day come when they have nigh lost their freedoms. The assassination of law enforcement officials is but a beginning, and if tolerated by a public bent upon pleasing a minority of badly misguided malcontents, such bodes ill for this free society.

Of them to whom I pay homage, the Founding Fathers, J. Reuben Clark, former United States Ambassador to Mexico, and a prominent church leader, stated, “They (the Founding Fathers)were not backwoodsmen from far-off frontiers, not one of them. … There has not been another such group of men in all [the 200 years of our American history that even challenged the supremacy of this group.” We have need of such men and women in high office today, persons of integrity that cannot be shaken by political persuasion or whimsy.

We must adhere to and stand by the Constitution. Sadly, the rights and freedoms it guarantees are understood by few. I believe that the Lord has placed His stamp of approval on the Constitution with these words “I established the Constitution of this land, by the hands of wise men whom I raised up unto this very purpose, and redeemed the land by the shedding of blood.” (D&C 101:80)

I love this nation, and have served her in the military and in law enforcement. I am one of those who chokes up when Old Glory passes by. I am an American.