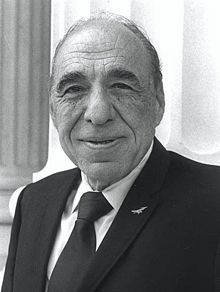 I’m no Democrat, and given their utter failure to represent their constituents, I shall never again align myself with Republicans. Congressman Henry B. Gonzalez was certainly a Democrat, but one I admired immensely. I was 10 years of age when he was ejected from Camp Warnecke in New Braunfels, Texas in 1955, in keeping with the sign out front: “No Mexicans Allowed.” He left, all the more determined to fight injustice. He was tough, and he was fearless, and his battles against segregation were most appropriate in their time. An impassioned speaker, he had a wonderful grasp of the English language. He took pride in being an American, and in his later years, at age 70, while dining in San Antonio’s Earl Able Restaurant, when a man walked up to his table and called him a Communist, Gonzalez stood up and punched the younger man in the face. No one was going to accuse him of being Anti-American! But despite his readiness to take a stand against racism, Gonzalez received criticism from Hispanic militants, for not joining in their more radical causes. They were lightweights and malcontents, in no way in the same league with Gonzalez, and he would as soon take on an Hispanic radical as an Anglo racist. According to former Texas state legislator Maury Maverick, “Henry B. will take on a Mexican-American or an Anglo indiscriminately, and he’ll pull you out into the middle of the street in full sunshine. He’s meaner than a riled cat when he goes after you.” Henry was, and would ever be, a man of the people. There was never any posturing in him. He was the genuine article who never forgot his roots, and he was revered by those he served. As a staunch Catholic and father of eight, he would have been alarmed at some of the so called “social issues” now troubling this country. Indeed, it was my hope to meet the great man, (for he was that). In 1975, in my position as the young supervisor of a state fraud investigation unit, I was spot lighted as an “Upcoming Young San Antonio Leader.” The program, as printed out, had me addressing a gathering at the side of Henry B. It was wishful thinking on my part, and on the part of the organizers, for program notwithstanding, the Congressman was a no show. He made up for it however, with an invitation to a small dinner gathering for a few supporters. I was satisfied with hearing him speak in person, and shaking the hand of the old lion. (I love to hear the English language spoken with eloquence, by the very few, like Henry B, who do it well.) Henry was possessed of a quality extremely rare in a politician. Honesty. No greater compliment could be given him than the one given him upon his retirement by one of his detractors, right wing Radio Commentator, Ricci Ware. “I have been critical of Henry B, but I will say one thing about him that I can’t say about any other politician, regardless of his political affiliation. Henry went to Congress with no money, and came back with less. He was completely honest. He refused to take money that wasn’t his.” Indeed, would that we had more Henry B.’s in Congress today!