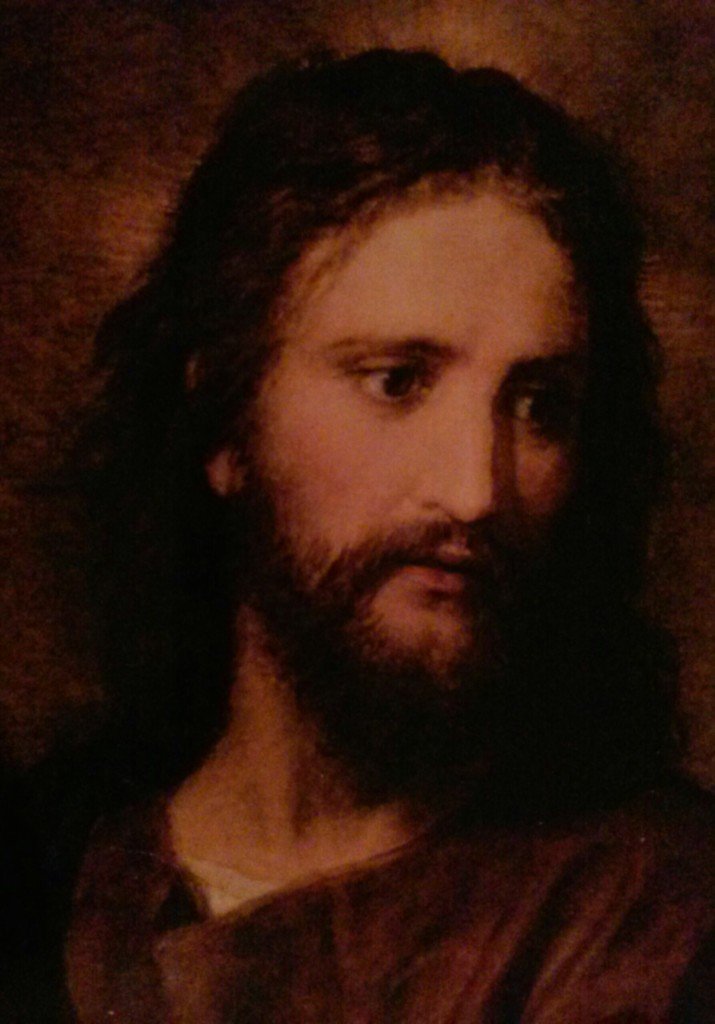 One night, eleven years ago, around midnight, I felt a strong prompting to call my beloved daughter Stephanie, just after she left work. “Why are you calling me dad?” she asked several times, as we talked. I assured her that I wanted to be sure she made it home safely, for she and her husband Tim were expecting their first child in but a few months. I was on the phone with her when she arrived at the scene of a terrible collision. “Oh Dad, I know it’s him, I know it’s Tim!” were the first words out of her mouth.

Despite this terrible tragedy, how thoughtful, how kind, how merciful is the Lord, that He would prompt me to call and be with her via telephone during this most difficult of moments! It was not for anything I had done, but instead, knowing what she was about to endure, it was done in His love and tender solicitude for my daughter that He prompted me so strongly. Except for the prompting she would have been totally alone, for she was the first on the scene on that back country road.

The following afternoon, my sweet Stephanie asked me to drive her back to the accident scene. “Oh Daddy! Oh Daddy!” she cried out again and again as she gathered up from the crash site little mementos of their brief life together. My heart was nigh to breaking for her.

The skeptic may say, “but if He could prompt you because of the coming tragedy, could He not have prevented it?” It was impressed upon me almost immediately that He, who is merciful and kind beyond belief, had in His mercy beyond our simple understanding, taken Tim Home. I knew that this was done in the wisdom of Him who knoweth all things.

Each of us, whether Christian or non believer, want deeply to believe that there is more, that there is life beyond this one, that sweet experiences with loved ones in this life do not end with the experience we call death. We ask fervently as did Job, “If a man die, shall he live again?” (1) Is the grave the end? Or will there be a resurrection? Is there life beyond this usually painful experience we call death?

Can there be any greater message of hope than this? Jesus was resurrected from the dead! We read in the New Testament that it was given unto several women, to include Mary Magdalene, Joanna, and Mary (the mother of James), to see the resurrected Lord, but when they told the Apostles that they had seen Him, “their words seemed to them as idle tales, and they believed them not.” (2)

We are told that Peter and John literally ran to the sepulchre to see for themselves, and finding the tomb empty, (3) Peter left, “wondering in himself at that which was come to pass.” (4)Luke 24:12.

There is the testimony of Mary, poignant in its beauty, for she stood without the sepulchre weeping, to be asked by a stranger tenderly, “Woman, why weepest thou? whom seekest thou?” Supposing Him to be the gardener, she asked plaintively through tears, “Sir, if thou have borne him hence, tell me where thou hast laid him, and I will take him away.

Was there any Other who could speak to her in that manner? She knew in that instant, that it was her beloved Lord, even Jesus who was crucified, now risen from the dead, even as the angels had testified early that very morning, saying “He is risen.” (6)

He was the firstfruits of them that slept, as we read in 1 Cor. 15:23, but we are told that “many bodies of the saints which slept arose, and came out of the graves after his resurrection, and went into the holy city, and appeared unto many.” (7)

Many are the witnesses of His resurrection, for He appeared to two of His disciples in Emmaus whose “eyes were holden that they should not know him,” (8) and they entreated him: “Abide with us: for it is toward evening, and the day is far spent. And he went in to tarry with them.” Afterwards, they asked, as they considered their time spent with the resurrected Lord, “Did not our hearts burn within us?” (9)

He tarried in the presence of His Apostles and disciples for forty days following His resurrection, and numerous and many were the witnesses proclaiming that He lives. He was also “seen of above five hundred brethren at once; of whom the greater part remain unto this present. … After that, he was seen of James; then of all the apostles.” The Apostle Paul adds, “And last of all he was seen of me.” (10)

Latter-day Saints have additional witnesses of the reality of His resurrection and a surety of life after death. One of these witnesses is the Book of Mormon, a record containing the ministry of the resurrected Christ on this, the American continent, after his death and resurrection in Jerusalem. His appearance here was announced to those gathered in by a voice as if it came out of heaven:

“And it came to pass that while they were thus conversing one with another, they heard a voice as if it came out of heaven; and they cast their eyes round about, for they understood not the voice which they heard; and it was not a harsh voice, neither was it a loud voice; nevertheless, and notwithstanding it being a small voice it did pierce them that did hear to the center, insomuch that there was no part of their frame that it did not cause to quake; yea, it did pierce them to the very soul, and did cause their hearts to burn.

And again the third time they did hear the voice, and did open their ears to hear it; and their eyes were towards the sound thereof; and they did look steadfastly towards heaven, from whence the sound came.

And behold, the third time they did understand the voice which they heard; and it said unto them:

Behold my Beloved Son, in whom I am well pleased, in whom I have glorified my name—hear ye him.

And it came to pass, as they understood they cast their eyes up again towards heaven; and behold, they saw a Man descending out of heaven; and he was clothed in a white robe; and he came down and stood in the midst of them; and the eyes of the whole multitude were turned upon him, and they durst not open their mouths, even one to another, and wist not what it meant, for they thought it was an angel that had appeared unto them.

And it came to pass that he stretched forth his hand and spake unto the people, saying:

Behold, I am Jesus Christ, whom the prophets testified shall come into the world.

And behold, I am the light and the life of the world; and I have drunk out of that bitter cup which the Father hath given me, and have glorified the Father in taking upon me the sins of the world, in the which I have suffered the will of the Father in all things from the beginning.

And it came to pass that the Lord spake unto them saying:
Arise and come forth unto me, that ye may thrust your hands into my side, and also that ye may feel the prints of the nails in my hands and in my feet, that ye may know that I am the God of Israel, and the God of the whole earth, and have been slain for the sins of the world.” (11)

There have been many other witnesses. The Heavens are by no means closed! What was valid during Old Testament times and during the time of the New Testament, is valid today. He has been seen in this dispensation on more occasions than is known, for He lives, and He is no absentee landlord! Yes, He is much engaged, for His work and His glory is in bringing to pass the immortality and eternal life of man. We read in the 3rd chapter of Amos, “surely the Lord will do nothing, but He revealeth His secrets unto His servants the prophets.” One of the choice examples of this is the powerful testimony given by the latter day Prophet Joseph Smith, and Sidney Rigdon:

“And now, after the many testimonies which have been given of him, this is the testimony, last of all, which we give of him: That he lives! For we saw him, even on the right hand of God; and we heard the voice bearing record that he is the Only Begotten of the Father—That by him, and through him, and of him, the worlds are and were created, and the inhabitants thereof are begotten sons and daughters unto God.” (12)

Yes, terrible sadness and loneliness will come to those who lose a loved one, and this is as it should be, but yet there comes, as it came to my beloved Stephanie, “that peace…which passeth understanding.” (13) It may be after a night of weeping, that the disciple of Christ may feel, between the sobs, tenderly impressed upon his or her soul, these words of comfort, “Be still and know that I am God.” (14) It has been so with my Stephanie.

On this beautiful Easter morning, I proclaim with Job of old, “I know that my Redeemer liveth, and that He shall stand at the latter day upon the earth: And though after my skin worms destroy this body, yet in my flesh shall I see God: Whom I shall see for myself, and mine eyes shall behold, and not another; though my reins be consumed within me.” (15)

He lives, and He loves us, more than we can begin to understand! You who weep over the loss of a loved one, there is comfort in Christ. He has not forsaken you, for no matter how dark the night, morning will come, and light will break through the clouds. If you will but live worthy, joy will come again, in the presence of your loved ones. Only be faithful in Christ!

“When through the deep waters I call thee to go,
The rivers of sorrow shall not overflow;
For I will be with thee thy trouble to bless,
And sanctify to thee thy deepest distress.

“When through fiery trials thy pathway shall lie,
My grace, all-sufficient, shall be thy supply;
The flame shall not harm thee; I only design
Thy dross to consume and thy gold to refine.

In the hallowed and sacred name of Jesus Christ, amen.