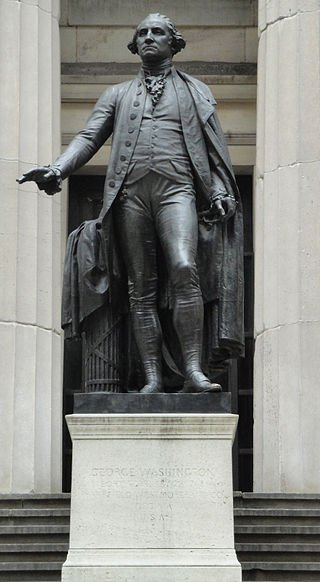 “First in war, first in peace, and first in the hearts of his countrymen, he was second to none in humble and enduring scenes of private life. Pious, just, humane, temperate, and sincere; uniform, dignified, and commanding; his example was as edifying to all around him as were the effects of that example lasting. . . . Correct throughout, vice shuddered in his presence and virtue always felt his fostering hand. The purity of his private character gave effulgence to his public virtues. . . . Such was the man for whom our nation mourns.”

This was the homage paid the first President of the United States, George Washington. Admired throughout the world as the Colonial General who had defeated what was then the mightiest military force in the world, the military forces of Great Britain, he could then have assumed a greater power, for there were officers in his army much discontented with the Congress, in that body’s seeming disregard for those engaged in the fighting. To such suggestions, Washington nobly answered, in scathing tone: “Let me conjure you, then, if you have any regard for your country, concern for yourself or posterity, or respect for me, to banish these thoughts from your mind, and never communicate, as from your self or anyone else, a sentiment of the like nature.” Would that all men and women elected to, or seeking election to that high office, had so high ideals and regard for their country!